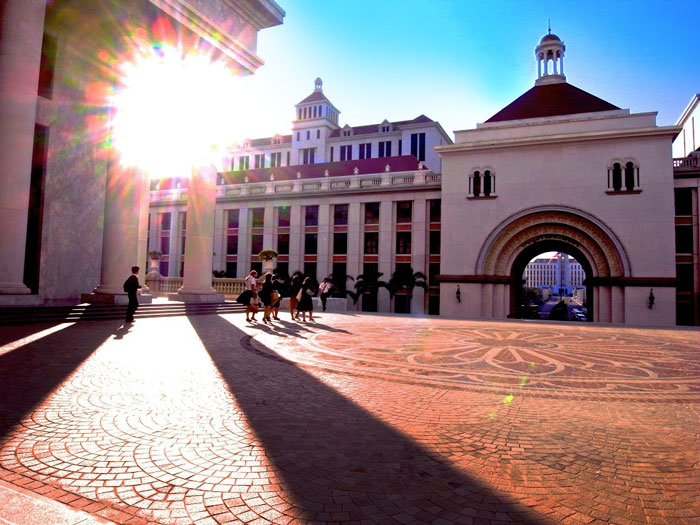 Office of the University Registrar, Assumption University was established in 1972 under the name of the Registration and Statistics department. The office was located on the ground floor of Saint Phillip and Bernard Hall, Hua Mak campus. At the initial stage there were 4 staff members in the office.

When the De Monfort Hall was built in 1975, the office was allocated to a new location on the ground floor of the building. However, to keep up with the growth of the college, the increased number of documents and students which had grown to more than a thousand, the office had then moved back to Saint Phillip and Bernard Hall.

Few years later the College expanded its physical plant to respond to the need for more academic, administrative facilities and the increased number of about 5,000 students. The office had then been relocated to the present site on the ground floor of Martin De Tours building which logistically is an appropriate location and is convenient for all.

In 1990, the College changed its status to University. Accordingly, as one of the main offices offering supporting services within the university, the office was named the Office of the Registrar. Functionally and operationally the office had divided internal structures into 3 departments as follows:

In 1997, the competition among higher education institutions became more intense, few staff members were assigned to work on recruitment programs. To enhance this effort another department was initiated and named as School Relations Department.

In 1999, the Hua Mak campus was too conjested for the 20,000 students, approximately 60% of the student body were transferred to the new campus at Bang Na in Samutrprakarn province. To cater to the needs for services of these students as well as to support other instructional activities the rooms SM116 to SM119 were allocated for the OUR at Bang Na campus.

Office of the University Registrar would be a trend setter in supporting the instructional mission, research and services at tertiary level with competent and expert personnel. Hence, becoming an approved leader in organizing and providing efficient, timely and personable educational services to all the University’s constituents in a consistent, accessible and friendly manner similar to that of the leading universities abroad.

Allow All
Manage Consent Preferences Save